Royal Worcester is an English brand known for its history, provenance and classically English collections of porcelain. Throughout its rich history Royal Worcester became synonymous with the production of high end porcelain pieces.

In the 1700's Dr John Wall, an eminent physician, and an apothecary, William Davis, began experimenting with materials and processes with the aim of producing a porcelain recipe.

In 1751 a porcelain factory was founded in Worcester.

The earliest Worcester porcelain was painted in blue under the glaze. Royal Worcester was the first porcelain manufacturers to apply the transferring of prints onto porcelain.

Dr John Wall retired in 1774, however his partners continued to manufacture until Thomas Flight, the companys London agent, took over.

By 1789 Worcester porcelain was honoured with a Royal Warrant from King George III.

During the second half of the nineteenth century, many Exhibition pieces were created, such as the Norman Conquest Vases, the Potters' Vases and the giant Chicago Vase, now on show at the Museum of Worcester Porcelain.

During the early 20th century Royal Worcester took a traditional approach to shapes and decoration.

The factory celebrated its 250th anniversary 2001.

We source all our porcelain from private residences across the country and internationally, and have dealt with some of the finest collections. All our porcelain comes with a full gurantee of authenticity and quality. 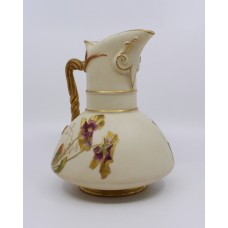 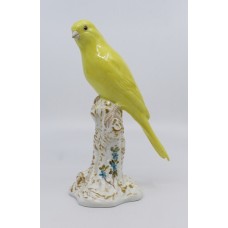